MOORESVILLE, N.C. — The fastest week of the holidays is quickly approaching, as Pit Row TV prepares to broadcast the World Karting Association’s Daytona KartWeek. For the first time since their broadcast partnership began, both the dirt track events and the infield sprint kart races will be covered LIVE by Pit Row TV.

“This is really a cool deal for our entire karting family to be able to expand the live TV coverage to the sprint kart events in the infield during Kart Week,” said Mike Tetreault from WKA. “We’ve had such good feedback about the broadcasts and seen massive growth on the oval side since this began, we look forward to more of the same for the infield sprint events.” 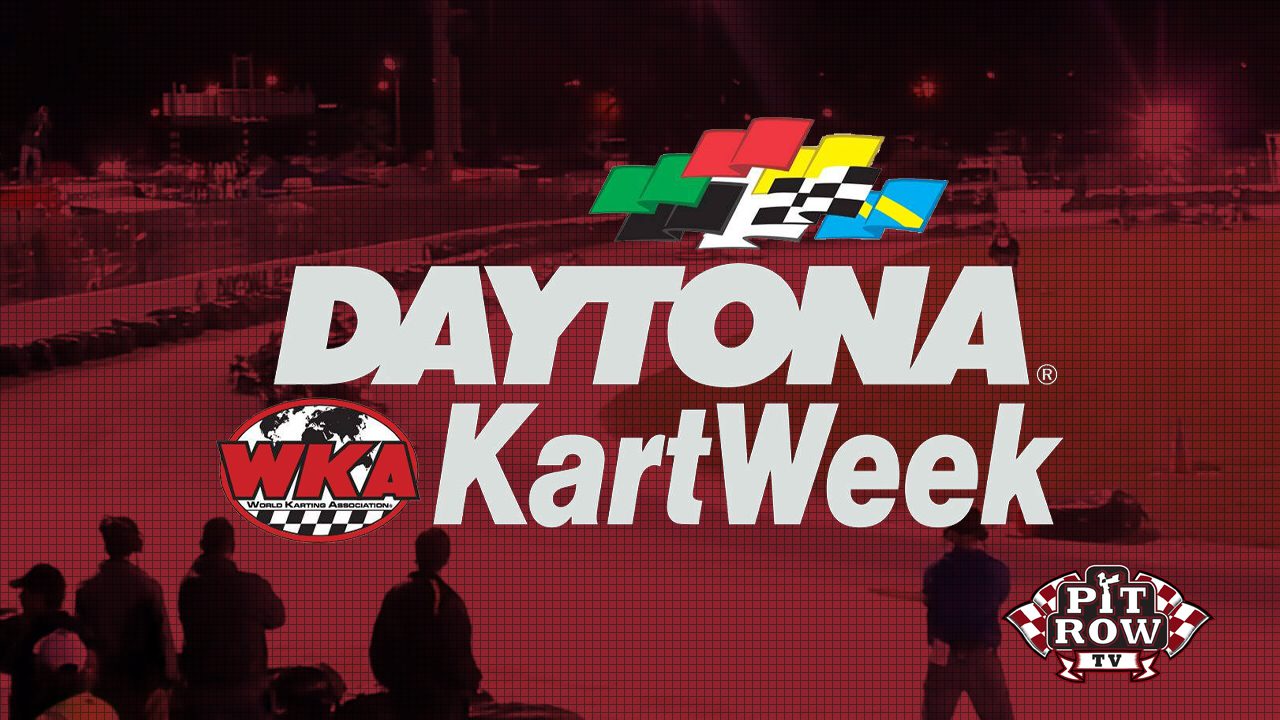 Daytona Kart Week is a long-running tradition that dates back decades with various locations for past events. In recent memory, Daytona International Speedway, the World Center of Racing, has become the home for the biggest week in all of karting, allowing multiple events to take place at the same time between the dirt oval, the infield sprint kart track, and the endurance karting events on the full 3.56-mile Rolex course. Much as the Daytona 500 and Rolex 24 open their respective racing seasons, Kart Week officially begins the 2023 karting year for competitors and tracks.

“We started looking at the challenges of doing these two events at Daytona a year ago,” said Tony Stevens from Pit Row TV. “We were eager to do this for both competitors and fans, as the sprint kart races are just as good as the dirt track we’ve been covering for the last couple of years. To be able to knock both of these out during the same event, under the same low-cost subscription, is a massive win for everyone. Now, there will be plenty of racing for folks to watch between Christmas and New Year’s Day from one of the most iconic places in all of motorsports.”

As in years past, fans can expect to see multiple manned cameras covering the action from both tracks at Daytona. Instant replays, live timing and scoring, and many of the other broadcast features fans have become accustomed to will be present on all broadcasts over the course of the event from Kart Week.

A proud affiliate of the SPEED SPORT TV Network, the Daytona Kart Week events can be found by logging onto www.PitRow.tv or www.speedsport.tv. In addition to other apps like Amazon FireTV, Pit Row TV just launched their iOS app available for iPhones everywhere, with an AppleTV launch coming soon.