Steady rain showers moved into the area overnight Friday and continued throughout most of Saturday. The rain continued on and off throughout the day with only a short-lived drying at one point early afternoon. While many opted to keep their equipment parked during the wet weather, more than 40 racers adjusted their chassis to a rain setup and bolted on rain tires — or stayed with slicks in some cases — to give a damp and slick Shenandoah Circuit a try on day one of competition.

WKC officials and co-promoter Brian Donati opted to move the $1,200-to-win CIK LO206 Pro Money Race from Saturday afternoon to Sunday morning, and it proved to be the right move. Following two rounds of practice for all divisions, 17 CIK 206 racers took the green flag for the 30-minute Pro race just past 10:30am and a spirited multi-kart battle ensued at the front of the pack for the entire contest.

Pennsylvania’s Clark Gaynor Jr., who never led the race until the final lap, took advantage of late-race contact between Scott Heath and Zach Linsell and snuck to the front on the final circuit, holding off Heath, Eric King and Jonathan Tedder to the finish line for the big win.

Heath was issued a four-spot penalty for avoidable contact and placed to P5 behind Linsell in the unofficial finishing order, giving P2 to King. Tedder weighed in a few pounds lighter than the 390-pound minimum, resulting in a DQ. This moved Linsell to P3 and Heath to P4, but Heath left post-race tech early and was disqualified, moving JC Sanders to P4 and April Shenandoah winner Bill Gerland to fifth.

Gaynor’s kart and engine passed tech and he was awarded the impressive $1,200 prize in a generous purse that paid the top-15 finishers. Many thanks to Brian Donati and his group for their efforts in holding this special race.

In addition to 206, several other classes boasted strong competition at the second and final kart race at Shenandoah this year, including Stock Honda, 125 CIK TaG, 100cc TaG and 4-Cycle Sprint. 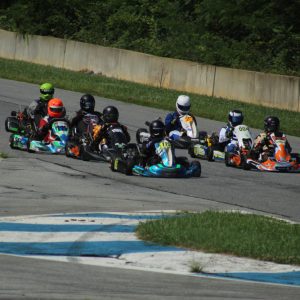 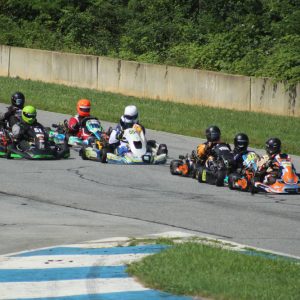 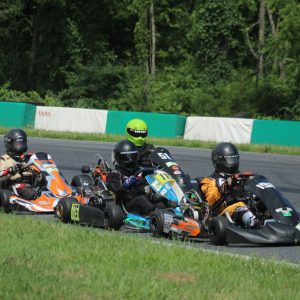 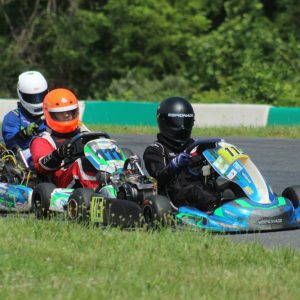 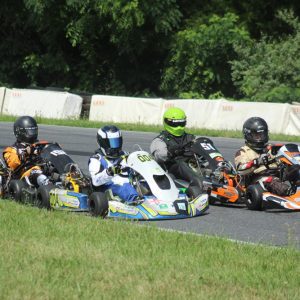 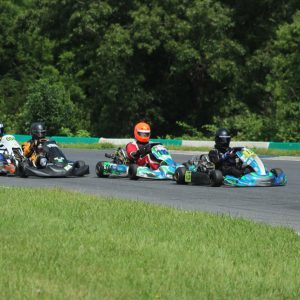 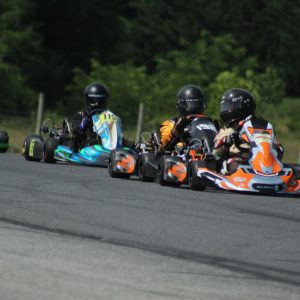 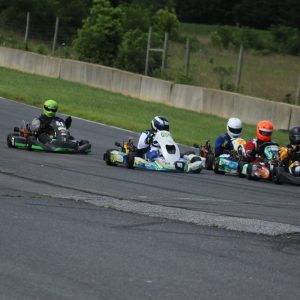 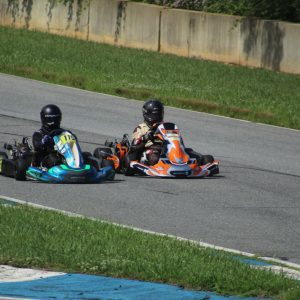 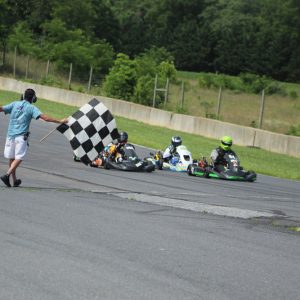 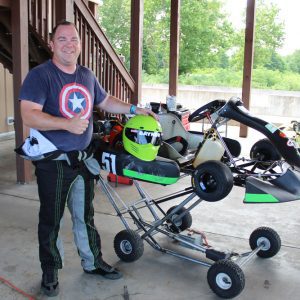 Click here to view results on MyLaps.  WKC point standings will be updated in the coming week.

Woodbridge Kart Club has one race remaining this year, Round 4 of the AKRA / Hoosier Kartsport National Road Race Series August 20-21 at Summit Point’s 2.0-mile Main Circuit. Pre-registration and the event schedule for this race will be posted and announced soon.