Mike Lauterborn of Rochester, N.Y., and Bob Reis of Elma, N.Y., near Buffalo are now in possession of the Batavia kart track after winning the bid for the property at a Genesee County auction in summer 2021. The pair has spent the past several months beginning the restoration of the facility and they hope to have karts on the track possibly as soon as later this year with a goal of hosting races in 2023.

Built by Tom and Jane Kelly in the early 1960s, Kelly’s quickly became one of the most well-known sprint karting circuits in the country, playing host to many of the biggest national events of the day under both the IKF and WKA sanctions. With its elevation change, rolling hills and two Monza-style corners, Kelly’s continued as a popular venue for national events into the early 2000s. The last national race at the track came in 2002, while the Batavia Kart Club continued to hold club races there until the track’s closure in 2009 due to bankruptcy.

Fast forward to 2021 and enter Lauterborn and Reis.

A kart racer in his youth and veteran asphalt modified and supermodified driver, among other divisions, Reis owns Freedom Motorsports Park, a one-third-mile Western New York dirt oval that runs late models and other stock cars. The veteran racer says he’s had his eye on the Batavia kart track for many years.

“The track was abandoned,” Reis stated. “I looked at it about 10 years ago and wanted to do something, but the town wouldn’t let it go to auction because of the liens on it. The property wasn’t going for tax auction until it emerged from bankruptcy, so there was nothing that could be done until that happened. In 2015, I ended up buying Freedom from Mike (Lauterborn), and I’ve been running that track ever since. Now, Mike and I are working together to get Kelly’s reopened.”

Reis says Lauterborn, a former successful Northeast sprint car driver, is the official owner of the Kelly’s property and Reis is the main contact in a role that will likely become general manager / promoter once the track opens.

“Mike owns the property and he’s heading up all the infrastructure projects. We had been looking at Rolling Wheels (five-eighths-mile dirt track near Syracuse, N.Y.) for years, but that’s never come to fruition. I’ve always loved karting and look back on my years racing at Batavia very fondly. I’m really excited about this opportunity,” Reis said.

It’s going to take quite an effort to get Kelly’s back running, and Reis says he and Lauterborn are up to the task. They’ve spent a number of weekends working on the facility even during the normally frigid and snow-filled Upstate New York winter.

“I’d estimate the track surface is about 85 percent OK, believe it or not” said Reis. “There are definitely some areas that need repair. A few small trees have grown up in the cracks, the typical stuff that happens when any racetrack gets deserted. It’s all fixable stuff. We’re still deciding whether or not to do a complete repave, which will probably end up happening. If we go that route, we want the track to sit for a certain amount of time before karts go on it.

“Time has marched on since the track was built in the 1960s,” Reis continued. “We’re getting educated on track and safety innovations in karting and doing our research. I’ve talked to a lot of people that have offered help and advice. Regarding the infrastructure, there are no bathrooms, so we’re going to put up a new building probably near the concession area. There’s plenty of more work to do in the scale house, concessions, grid, parking lots and more. It’s a lot of work and we won’t open until everything is 100 percent complete.”

As for an opening date, there is no clear timetable. Most likely, competitive racing won’t occur until 2023.

“There’s a chance we could be ready to host some practice sessions toward the end of this year, but that’s not a guarantee. Again, we don’t want karts on the track until the the new pavement sits, if we go the route of a full repave. We’re not going to rush it. Mike has the funds to do what’s needed. This is a secure deal and we’ll open when the time is right.” Reis said.

Kelly’s Motorsports Park has a Facebook page, which was used to announce the track’s new ownership and plans. The news quickly went viral in the karting community. Reis says he can’t believe the amount of messages and positive feedback they’ve received.

“As soon we made the announcement on Facebook, the Kelly’s page and my personal account started receiving messages from people all over the country. And not just a few, but dozens and dozens. People in California, the middle of the country, all over, just really excited about the potential of Kelly’s reopening. Mike doesn’t do social media, so I showed him the messages, he was in awe. It’s been really cool,” Reis said.

And once the project is complete and the track is ready to open, what might a Kelly’s Motorsports Park schedule look like?

“We’d like to host some series races, whether those are nationals or regionals, 4-cycle or 2-cycle or both, remains to be seen. We’ll see what kind of interest there is. I have to imagine there are series out there that would like to come to Kelly’s. I’m sure we’ll have some type of club program, and that may be an independent deal like Batavia Kart Club. And we’re likely going to add lighting. Mike wants to light the entire facility — track, grid and pits.” Reis foreshadowed.

In a day when more racing venues are closing rather than opening, many in the karting world are encouraged and eagerly following the progress at Kelly’s Motorsports Park.

Certainly a refreshing story during some tough times for many. We wish Lauterborn and Reis the best and hope to cover a big race at Kelly’s in the near future.

To contact Bob Reis, send him an email at racerbob10@yahoo.com. 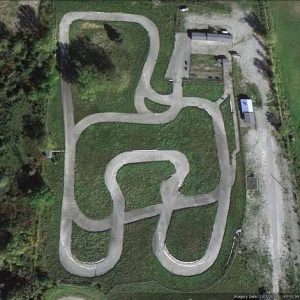 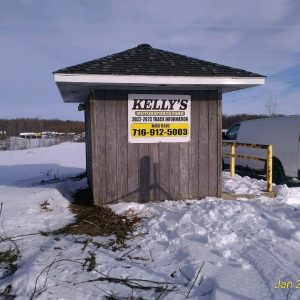 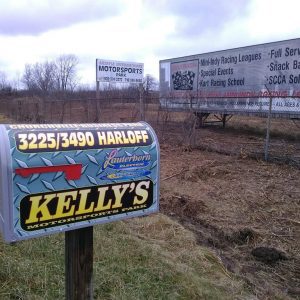 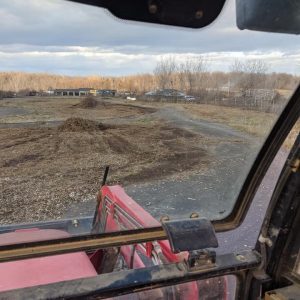 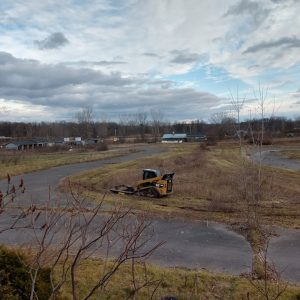 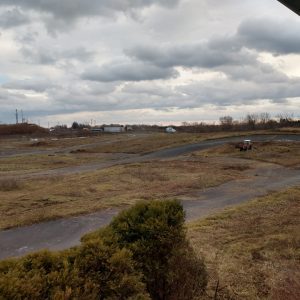 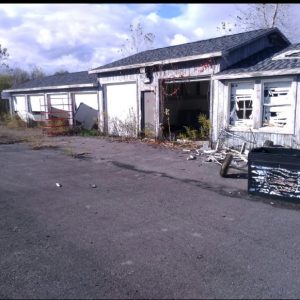 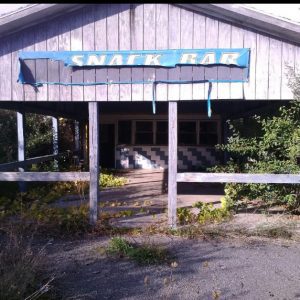