The first weekend of May had six IONIC Edge racers at Concept Haulers for Round 1 of the 2021 Cup Karts North Division, and all six racers netted at least one top-10 finish in LO206 competition — including another win for Jeff Scott in Masters and a P2 finish for Carter Pryor in Junior.

After finishing second in Saturday’s Masters feature, Scott led the way in Sunday’s main event after finishing fourth and first in the day’s heat races. Jeff drove an awesome race in the final to finish 0.244 seconds ahead P2 for the win, his first of the season in Cup Karts competition.

After a strong showing at the Spring Nationals at Charlotte where he ran up front all weekend, Illinois driver Carter Pryor continued his fast racing at Concept Haulers, where he’d race his No. 0 Edge to feature finishes of second and sixth in fields of 27 entrants. Pryor has solidified himself as one of the top Junior LO206 racers in the country.

Jayelynn Kerr rebounded nicely from Charlotte and was right behind Pryor in the Juniors at Concept Haulers. Kerr drove her No. 07 Edge to a pair of top-10 finishes in the features — a 10th on Saturday and a seventh on Sunday. Kerr should be a force throughout the rest of the season as she continues to improve.

Jeff’s son Riley Scott entered both Senior Medium and Heavy and was able to net a top five and a top 10 in Sunday’s finals. In Medium, Riley rounded out the top five of 22 starters and in Heavy he finished seventh of 15. Riley closed out the weekend on a high note after running into problems in Saturday’s racing. He was a DNF in Medium and 12th in Heavy after qualifying sixth.

Myles James and Peyton Polarek entered their IONIC Edge karts in Senior Medium and both drivers had good weekends. Polerek ran well and finished inside the top 10 both days with a P6 Saturday and P8 Sunday. Perseverance paid off for the Morris, Ill., racer as he improved throughout every round each day and had his best best finishes of the weekend in the finals.

James wasn’t far behind Polarek in the Medium finals; he’d finish 12th Saturday and close out the weekend with a nice P9 result Sunday. Similar to Polarek, James’ best finishes came when it counted in each day’s final.

In the new Legends class, Randy Raridon entered his sharp No. 3 Edge and drove to a pair of podium finishes. Raridon would take second in Saturday’s Legends final and third in Sunday’s main for a very solid weekend. 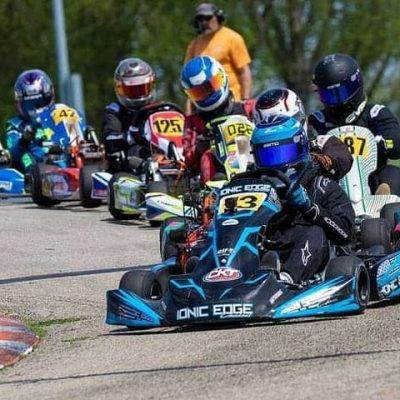 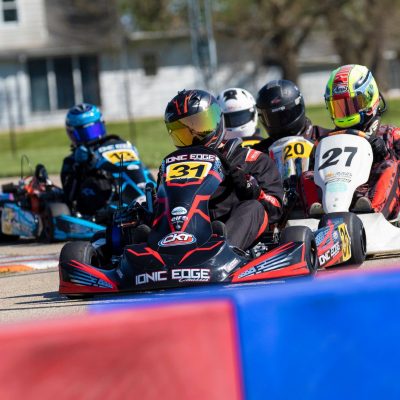 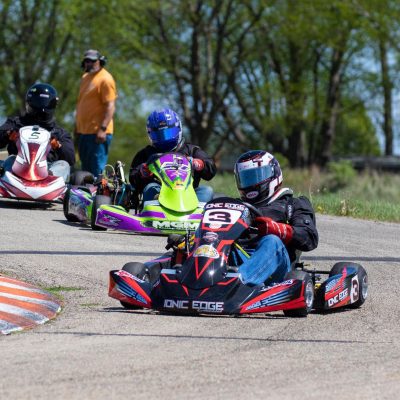 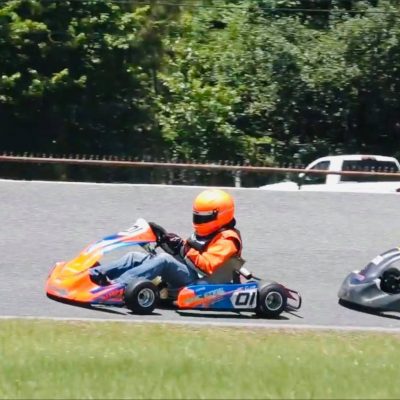 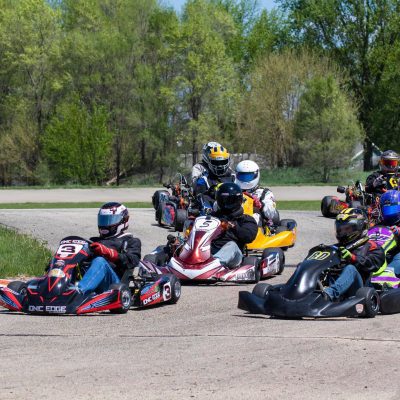 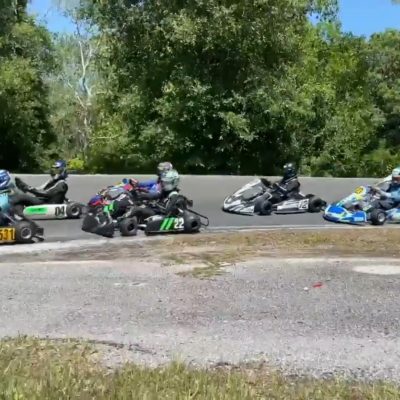 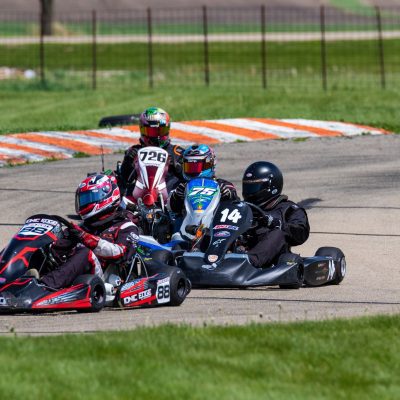 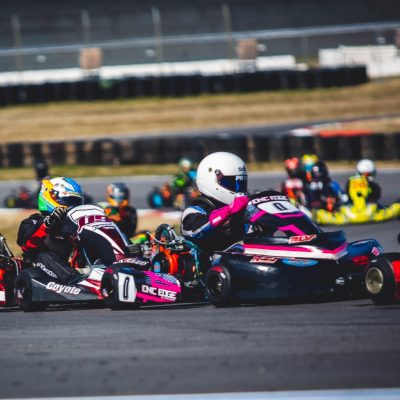 This past weekend we had Elijah Skaggs, Chris Cline, Matt Skaggs and Ronnie Klys entering their Edges in competition at Round 2 for the Cup Karts South Division at Jacksonville.

Cline nearly joined Jeff Scott as a Cup Karts national winner this May, but he fell just short at 103rd Street. Cline was one of the strongest all day in the 15-kart Masters division, winning the Pole Award and the heat. He would have to settle for P2 in the feature and he’ll still have the Masters points lead heading into round three at Monticello in June.

Elijah Skaggs continued to show good speed in Senior Cup Karts racing. Skaggs entered Senior Light and Medium and came away with a pair of 5th-place results while racing against some of the best in the country. Skaggs raced near the front in every round of competition and finished inside the top five in all four of his heat races. Look out for Elijah as he continues his first full season in the senior ranks.

Elijah’s uncle Matt Skaggs raced in the Masters category and drove to a P7 result of 15 starters in the final. Matt raced around the top five all day after qualifying fifth.

Ronnie Klys showed some good improvement at Jacksonville in the Junior class. Klys matched his kart number with seventh-place results in three of the four rounds of racing at 103rd Street. Ronnie finished P7 in the final after finishing in the same position in qualifying and one of the two heat races. He did improve one spot in heat one, earning a sixth-place finish in that one.

Great job and congratulations to all IONIC Edge Chassis racers who have been in competition this year!  As always, thanks for the great support.

The next national events for many Luttrell Racing / IONIC Edge Chassis teams will be Cup Karts North Round 2 May 21-23 at Whiteland Raceway Park in Indiana and June 4-5 for Cup Karts South Round 3 at Monticello Karting in Florida.