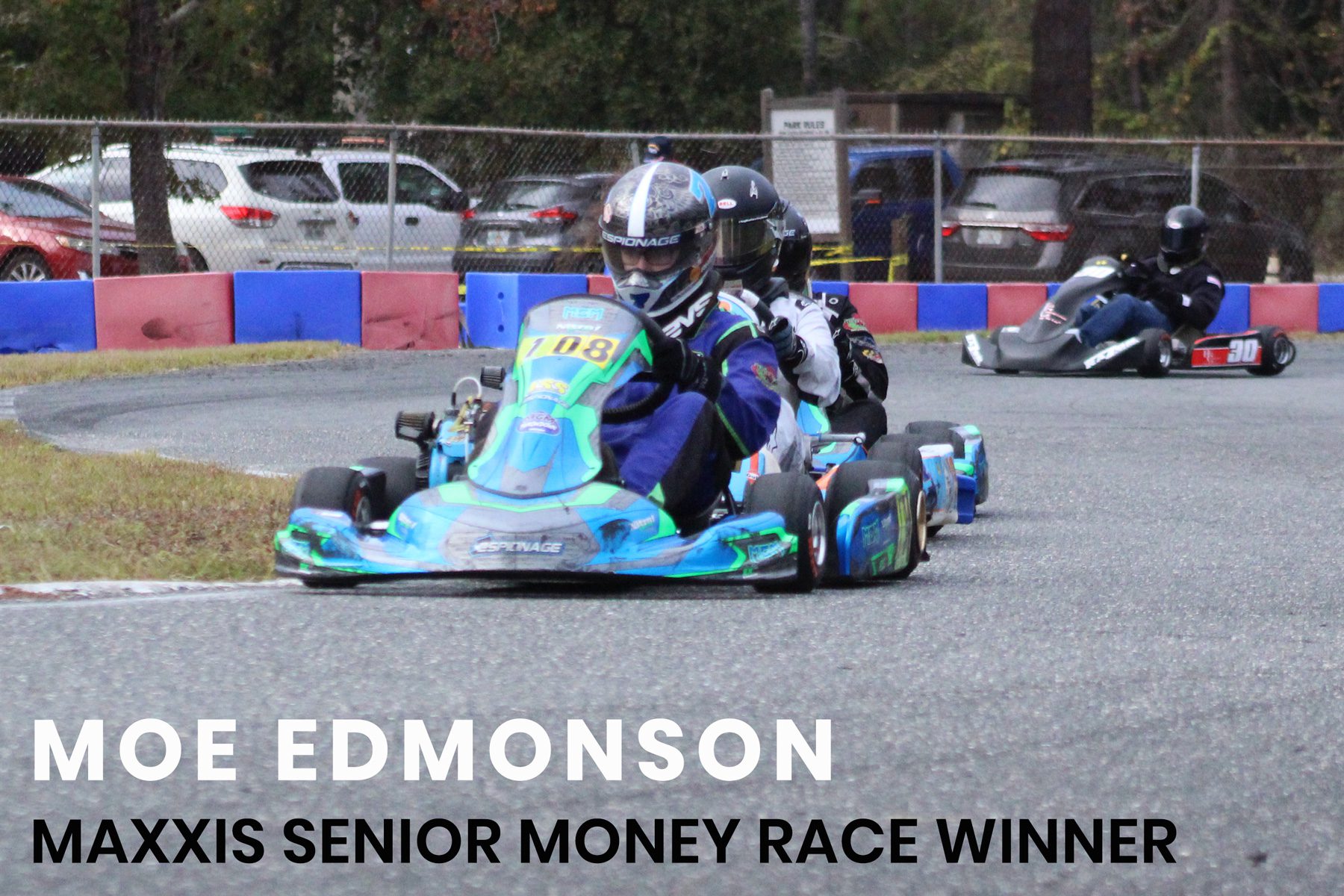 In Senior LO206 Heavy, Jacksonville’s Corey Towles crossed the finish line first after passing Chris Carroll at the end of the 1,000-foot straightaway on the final lap, but he won’t take home the $300 prize. Towles’ Stewart Racing Engines-powered 206 was deemed illegal in post-race inspection by longtime tech man Randall Lyles for a running lift infraction.

Towles’ misfortune would hand the win to Florida’s Elmer “Moe” Edmonson, who helped push Towles past Carroll on the final lap. Edmonson’s Dwayne Craver Racing Engines-powered MGM Espionage crossed the stripe less than a half-kart-length ahead of Carroll’s Coyote Zenith. After a thorough tech, Edmonson’s kart and engine were good and he was awarded the prize money.

Brandon Jarsocrak, who battled some engine issues of his own in during the race, was able to salvage a P3 result on his Coyote to finish in the money after the Towles’ DQ. Aiden White was fourth on his MGM with Robert Hall rounding out the top five. Fourteen drivers started the race. 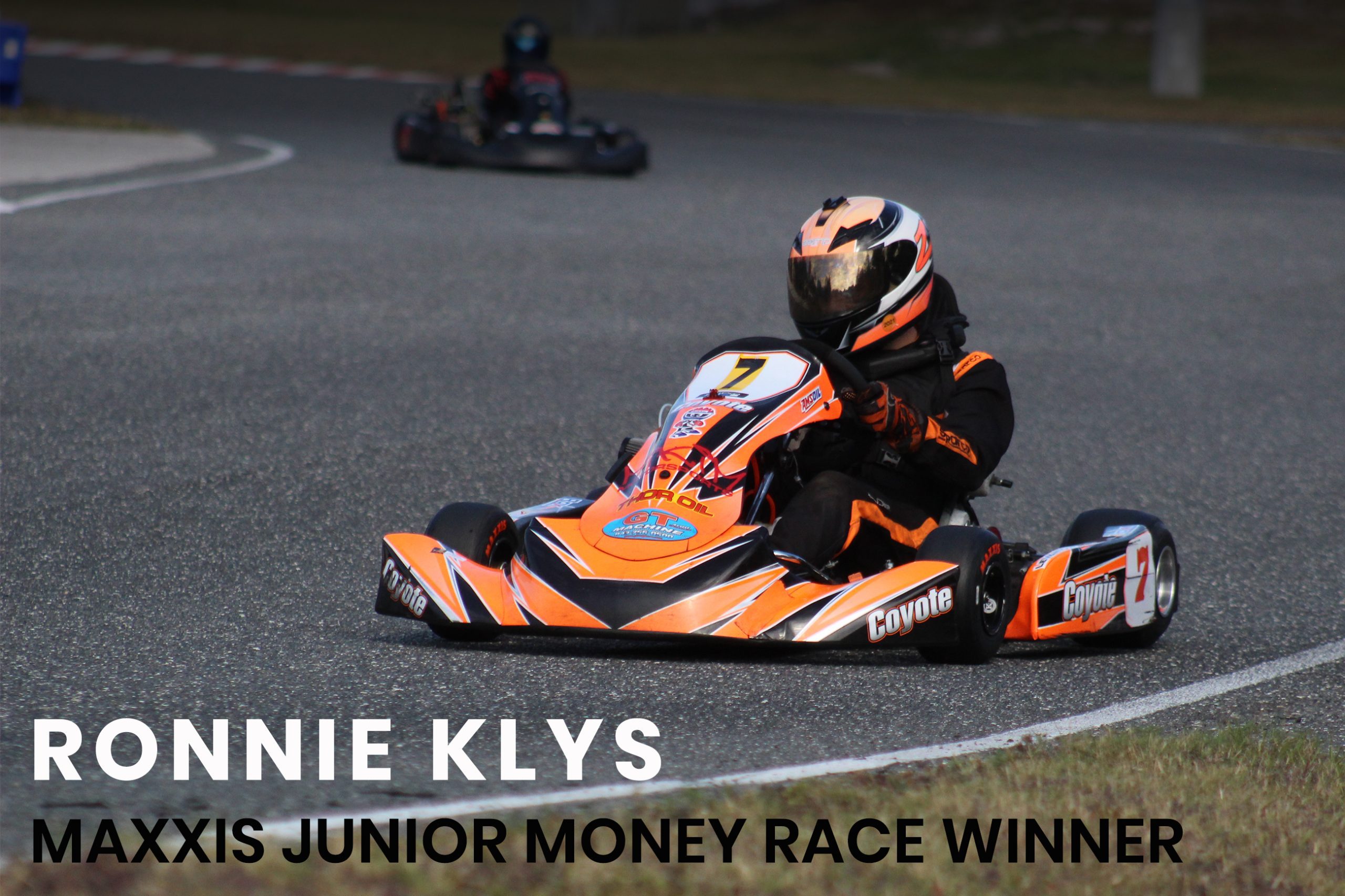 The Junior 206 money race was a barn-burner with a lead pack of about eight drivers battling for the win throughout the 15-lapper. Georgia’s Peyton Bridges led most of the contest until the final lap, when Louisiana’s Camryn Reed shot past him on the inside at the end of the straightaway.

Reed brought Ronnie Klys with her and looked good to score the win, but Bridges made a bold inside move on both Reed and Klys to try and retake the lead into the second and final left coming to the checkered. Bridges and Reed made contact, sending Reed to the outside line and opening the lane for Klys to take the lead. The Florida driver would score the popular win on his Coyote, crossing the finish stripe just 0.118 seconds before Bridges’ Razor. Brady Atwood was third on his MGM with Mason Donahue P4 and Reed P5.