By Tony “The Toe” Cirillo 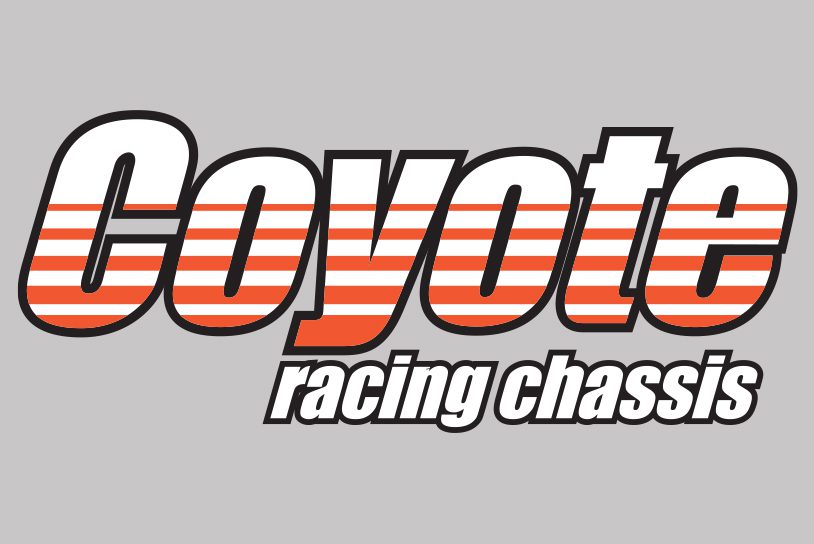 CONCORD, N.C. — Coyote Motorsports, out of Rochester, New York, is ready to start the season off with drivers in the Junior and Senior classes at the CKNA 2022 Spring Nationals.  Coyote chassis have won 20+ Manufacturer’s Championship awards for the winningest chassis in the WKA 4-cycle Gold Cup series.  So, they are not newcomers to this 4-cycle game.

With the change from Speedway bodywork to the CIK standards, Coyote has entered this competition big time with their proven Zenith chassis, made right here in the USA.

Jim Lipari, the owner of Coyote Motorsports, knows that certain chassis parts have to be made to a higher standard in order to ensure the chassis holds up during the rigors of racing.

According to Lipari, “We feel as though we have one of the most versatile karts manufactured with the Zenith. Our successes in last year’s Spring Nationals, Grand Nationals, and this year’s Winter Nationals show the strength of the Zenith in all racing situations.”

Drivers to look out for:

In the Junior classes:

Owen Lloyd is no stranger to winning a Cup Karts National event.  His two major Cup Kart wins make Owen one of the top Junior racers in the country. Keep an eye on Owen as he is one of the favorites to podium in Charlotte this year.

Hudson Brown won the Maryland State race championship in 2021 in the Junior class.  He will be working under the guidance of Chris “two-tenths” Cirillo and will be looking for a podium finish.

The Clines will make the trip from Rochester, NY to Charlotte. Jordon Cline will be there with her brother Joey.  This is not their first CKNA National race so they are familiar with the competition and they know they have to be at their best

For Tristan Searl, this is his first time racing in a National so he will be looking to see what he can learn from the best.

Florida’s Mason Donahue returns to Charlotte where he has had some success. If Mason can shake the bad luck that has plagued him recently he’ll definitely be a contender.

Ronnie Klys, also from Florida, comes to Charlotte with a fair amount of experience at the speedway. He posted solid finishes in the Maxxis Series and hopes to keep that momentum going.

Alex Masci is an up-and-coming Sportsman driver ready to take on the best 4 cycle Junior drivers in the country.  He ran this race last year, and he competes in the Buckeye series.  At his home track in Avon, NY he is a 2-time champion in the Sportsman class. Keep an eye on this driver. At such a young age he has racing in his blood and the drive to make it all the way to the top.

In the Senior Classes:

Veteran racer Chris Carroll will be running Sr. Light and Medium. Originally from the Rochester, New York, area Chris now calls Charleston, SC home.  He has a long history with Coyote. As one of Coyote’s main chassis development drivers Carroll is extremely confident with the Zenith. “Every time we take the Zenith out on the track, we get faster. It does everything that I want it to do which is important in this level of racing.”

Sean Meier from Florida will be running Sr. Medium and Heavy. Meier, the Spring Nationals Senior Medium defending champion, will be looking to add to his long list of national wins. Meier puts a new Zenith in service for this race which has proven to be extremely fast in some testing.

Scottie Kleman from Michigan, a long-time Coyote driver, is also a WKA Gold Cup champion and will be running Sr. Medium. Scottie never gives up and is always a driver to keep your eyes on.

Austin Hill, a dirt racing standout, from Florida will be running Sr. Light and Medium under the Precision Performance Karting banner. Austin will have his work cut out for him since both of these classes are packed with championship drivers.

Local standout Luke DaCosta will be running in the Sr. Light class. He enters this Spring Nationals fresh off a top 5 finish at the highly competitive GoPro Motorplex Karting Challenge. If hard work equates to a solid finish Luke will certainly be upfront. His recently acquired Coyote Zenith has been fast for him.

Anthony DiMaggio from Rochester New York will be running Sr. Light. He has attended CKNA events in the past so he is well aware of the competition and what he will be up against.  Anthony is glad to come out of winter hibernation and take on the challenge.

Chris “two-tenths” Cirillo, is back and ready to compete.  At last year’s Spring Nationals, Chris, in the feature, came from 11th to finish in the top 4.  This year, Chris will be looking for the top podium finish.

Tim Stiefel out of Rochester NY will be running Masters and Legends. Tim is otherwise known as “The inTIMidator”. Tim and his son Josh are no strangers to a 4-cycle championship racing and you can expect to see him up at the front. Unfortunately, Josh has injuries unrelated to karting and will not be able to race at this National.

Out of Maryland, John Price has his Zenith fine-tuned.  John had 10 wins in a row at his local track and he was crowned the class champion in 2021. John is no stranger to the Charlotte track and last year he was in the top 10. Look for John to be at the front of the pack.

Brandon Hollenbaugh, at his local track in Maryland, had 5 podiums out of 6 races that he entered in the Masters class. This was good enough to give him a 2nd place finish for the year.  He is a former kart street racer (Elton street Grand Prix). Brandon is looking forward to the chance to run at a National level.

James Inscoe, out of Florida, is taking on a big challenge at this National by running two classes, Masters and Legends. Inscoe is no stranger to the podium. He also is a 2021 Grand National champion in the now-defunct Maxxis 4 cycle series.

Jim Lipari owner of Coyote Motorsports will not be able to make this National. He has a baby on the way.  Jim says he would love to be there to provide support. He wants to continue the Coyote support and will accept calls even if he is at the Hospital.  Jim wishes the “Coyote Family” the best of luck.