MOORESVILLE, N.C. — GoPro Motorplex’s sixth round of their 2021 Karting Challenge Saturday, July 24, was a good one with a packed garage and pit area, including the gravel overflow lot, and big fields in nearly every IAME and Briggs division.

Running a week prior to this weekend’s IAME USA Grand National, plenty of 2-cycle racers used the club race as a tuneup, while Briggs racers continued to provide some of the closest and most exciting karting action found anywhere in the U.S.

Briggs Senior 365# was the only 4-cycle class in the Saturday morning group. Chapel Hill, N.C.’s Todd Baron won the pole over 28 competitors with a quick lap of 57.946. Baron was shuffled back to a P3 finish in the pre-final with MGM teammates Zach Linsell and Eric Fagan finishing one-two.

But Linsell’s fortune didn’t last long as he dropped out of the final on lap 1, bending a spindle after contact with another driver. Connor Yonchuk, who started P5, overtook Fagan and Baron to move into the lead a few laps into the 15-lapper. With Fagan pushing, Yonchuk kept his No. 99 MGM Espionage out front throughout the race, fending off a late-race challenge from Florida’s Colin Warren, a surprise entrant riding a Precision Performance Karting No. 08 Coyote Zenith for the first time.

With Warren and Fagan dueling for second, Yonchuk earned a little breathing room on the final circuit and crossed the stripe 0.085 seconds in front of Warren for the win. Fagan settled for third with Derek Sokol fourth and Baron rounding out the top five. Cam Burris had a nice run for P6. Coyote driver Chris Carroll was involved in a turn one incident and recovered to pass around 20 karts for P7 and set the race’s fast lap in the process with a 57.085. Moe Edmonson was in town from Florida and ran eighth. Local runner Brian McCann was ninth and Union Jack rounded out the competitive top 10.

Briggs Heavy, Junior and Cadet all ran in the afternoon session. 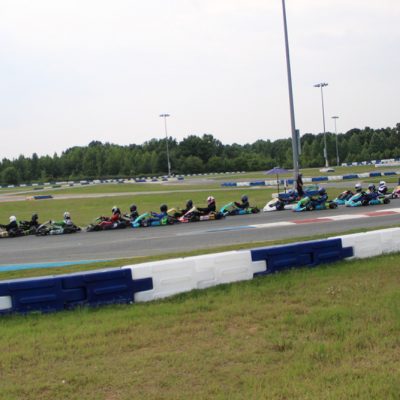 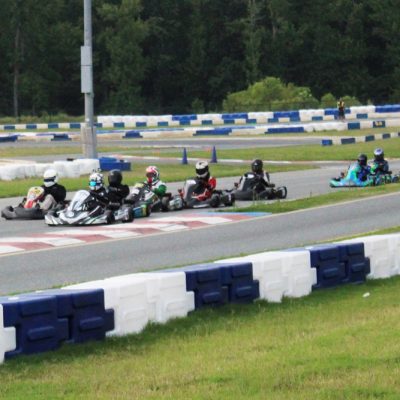 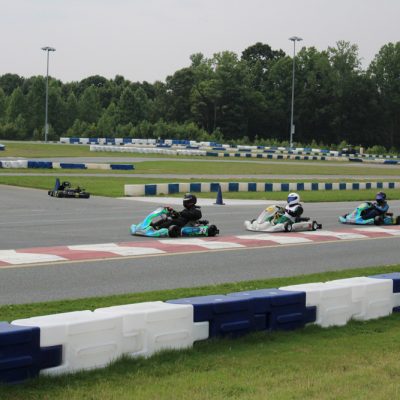 Racing in the pack 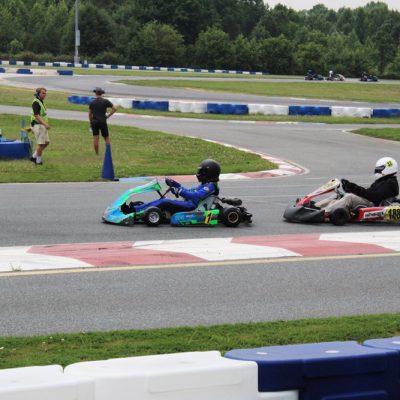 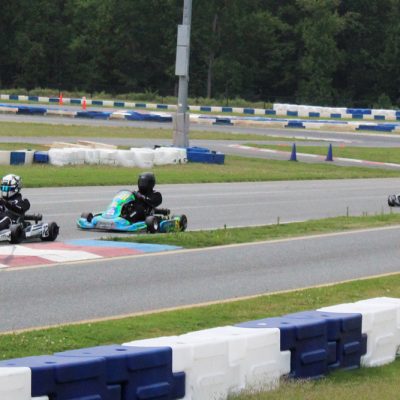 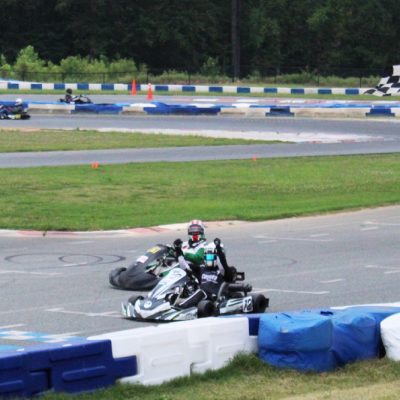 In Briggs Heavy 390#, Yonchuk continued his success with a 57.674 in qualifying and the pole for the pre-final, but the rest of his day would go south. While racing in the top five, he’d get involved in a last-lap accident in the pre-final and drop out early in the final.

Carroll and Doug Rink took control of the pre-final, moving into the top-two spots late in the race and Carroll making a last-lap pass on Rink for the win.

Fagan, who finished P3 in the pre-final, wouldn’t let Carroll and Rink separate themselves from the rest of the pack in the final. Fagan quickly moved his MGM past Rink and right behind Carroll’s Coyote Zenith. The pair rode nose to tail for over half the race with the 60-year-old Baron riding a few kart-lengths back in third. Late in the race, Baron continued to close on Carroll and Fagan and with two laps to go he’d give Fagan the push he needed to race past Carroll for the lead entering turn one.

With Fagan now out front, Carroll went on offense after leading from the drop of the green. He’d make it back past Baron for second on the final lap and race to the inside of Fagan for the lead on exit of the hairpin. With the inside lane going into the double-right turn 9, Carroll kept Fagan hung on the outside and won the race into turns 10 and 11 and to the checkered flag by a 0.135-second margin over Baron, who also made it past Fagan in turn 9.  Fagan settled for another P3 result with Rink fourth and Edmonson fifth. Victor Turner, Zinsell, Shawn Pulver, Chase Anderson and Hunter Curtis finished sixth through 10th in the 19-kart field.

The 13-lap Briggs Junior final was another wild one and the lead pack consisted of four Nitro-Karts, two MGMs and a Margay racing for the win. Racing against the Nitros of Collin Jarrell, Spencer Conrad, Parker Delong and Christopher McKeithan, Katie Yonchuk ran hard all race on her No. 66 MGM and continued to challenge for the lead with fellow MGM racer George Wheeler right there and Maryland driver Will Loller on his Margay. 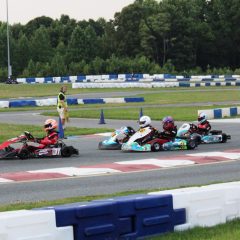 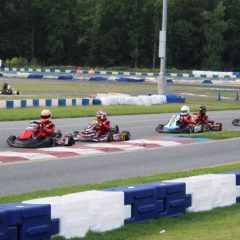 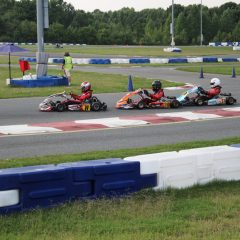 Conrad over McKeithan and Wheeler 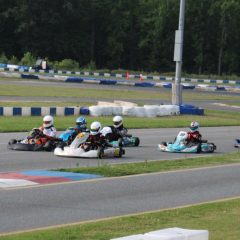 Close racing in the pack 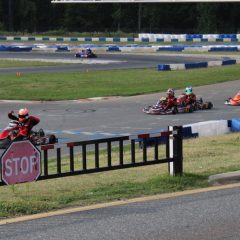 But Yonchuk and Loller’s race for the win ended a couple laps from the finish as the pair got together in the hairpin. Both would get back moving, but Loller would have to settle for ninth and Yonchuk 11th.

This left Wheeler as the only non-Nitro up front, and he wasn’t able to separate the group on the final lap. In a wild finish with all of the top five trading positions on the final lap, Jarrell moved his No. 31 Nitro into the lead and across the finish line first for his first-ever GoPro Karting Challenge win. Conrad was 0.618 seconds back in second with Delong third, points leader McKeithan fourth and Wheeler fifth.

Jacob Williams, Tyler Dolack, Andrew Brallier, Loller and Gavin Myers finished sixth through 10th of the 19 starters. Conrad won the pre-final by 0.168 seconds over Katie Yonchuk and Conrad was fastest in qualifying with a 58.321.

Keelan Harvick dominated the day in Briggs Cadet, which started 20 racers. Riding his No. 62 Nitro, Harvick was fastest in qualifying with a 58.556 and he dominated the pre-final, winning by more than 2.5 seconds over Wesley Gundler.

The 13-lap Cadet final was closer up front with Lucas Palacio able to hang with Harvick throughout the contest. Harvick would cross the stripe 0.248 seconds in front of Palacio for the win, his second Briggs Cadet Karting Challenge win in a row and third of the season (he missed two races due to injury).

* Results written are from Race Monitor, making them unofficial.

GoPro’s Karting Challenge is back in action Saturday, August 28 with the seventh of 12 rounds in 2021.