Animal Nationals back at Summit Point in 2022 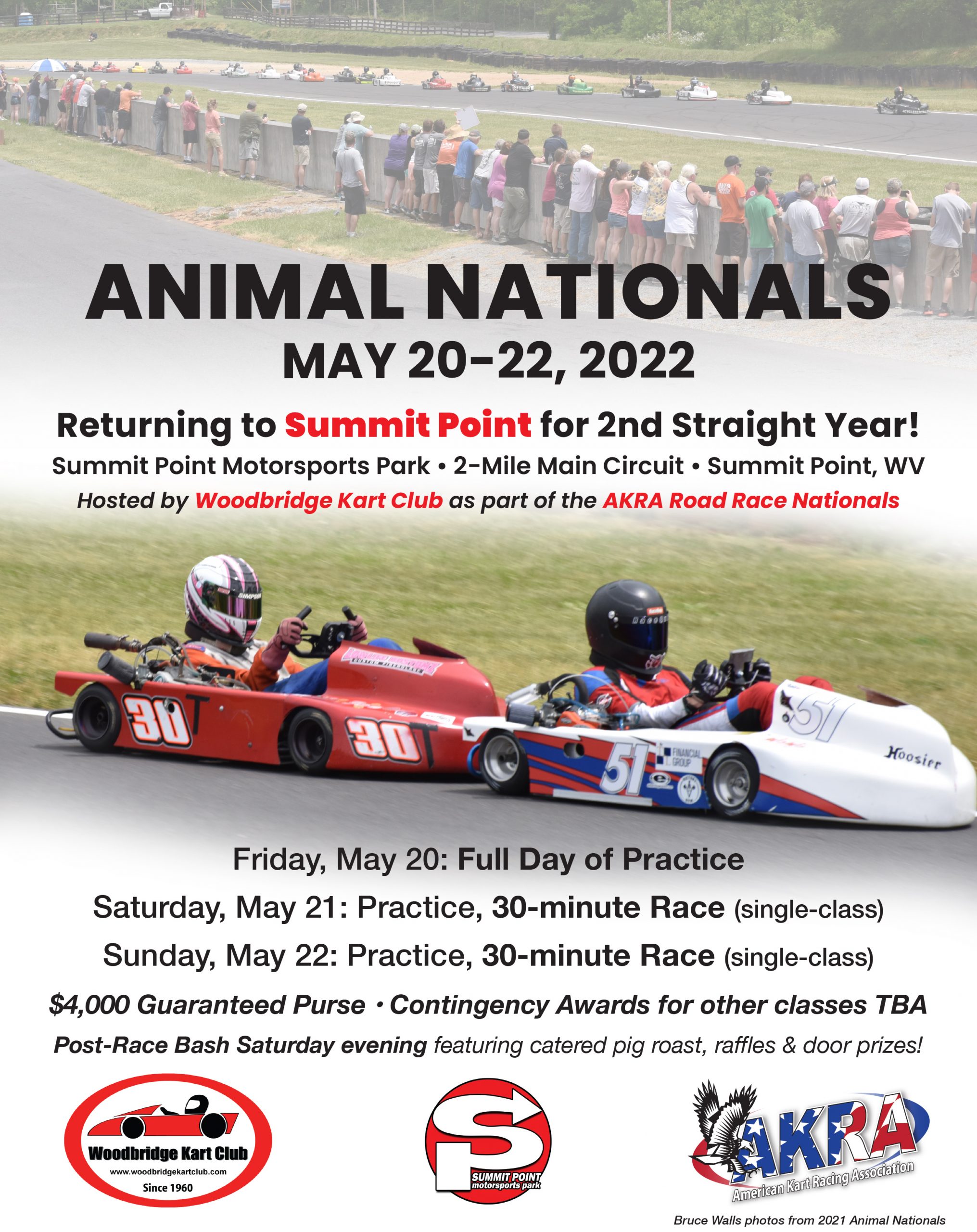 SUMMIT POINT, W. Va. — For the second consecutive year, the Animal Nationals for Briggs & Stratton-powered sprint-enduro karts will return to West Virginia’s Summit Point Motorsports Park May 20-22, 2022. The special race, which attracted over 50 entrants this past May, will once again be included in the Woodbridge Kart Club-hosted season opener at Summit’s 2.0-mile Main Circuit for the AKRA National Road Race Series.

An improvement from last year will be the addition of Friday practice at the event. In 2021, the event was a two-day show with practice Saturday and Sunday mornings. In 2022, racers in all classes will have the opportunity to test all day Friday, May 20 before two days of morning practice and racing.

WKC will also be offering a post-race bash Saturday evening at the conclusion of racing. The gatherings will include a catered pig roast, raffles and door prizes.

In 2021, the Animal Nationals was a hit, drawing over 50 racers from all over the country, many who had never raced at Summit Point and drove 20-plus hours to compete. A number of racers took advantage of several arrive-and-drive packages that were available, and the race clearly gave a renewed energy to the 4-Cycle Sprint road race class which also saw great entry counts later in the season at Mid-Ohio and Pittsburgh.

We’ll continue to post more news on this big event as it comes in. Here’s the class structure for the Animal Nationals division from the 2021 AKRA rulebook.