In a year where little has felt common, karters around the US and beyond will look to enjoy four days of holiday-season normalcy during 2020’s final days with the running of an annual karting classic, the World Karting Association’s Daytona KartWeek at Daytona International Speedway Sunday, December 27 through Wednesday, December 30.

Sprint, road race and speedway dirt teams from around the country will head to the Florida sunshine to compete in the event. Many will have their trailers fully locked and loaded by Christmas Eve, spend some time with family Christmas morning, and head out for 10-, 20- and, for some, 25-hour-plus drives through the countryside into the Deep South and eventually the Sunshine State.

Other racers are already waiting in campgrounds and hotels across the Daytona and Ormond Beach areas, ready for a few days of holiday relaxation before heading to the track for load-in day Sunday, while some will do it the old-fashioned way, and wait to make their way to Daytona on the 26th or 27th just in time for the first day of on-track action Monday, December 28.

For some, KartWeek provides a holiday tradition that dates back decades – one of the biggest events of the year for sprint, road race and dirt competitors.

Luckily, with the state of Florida clearly not as restrictive as some states in regards to government mandates and shutdowns due to the global pandemic, the event will go on in 2020 with only a few small addendums due to the current COVID-19 crisis. These include a medical screening questionnaire that, in the grand scheme of things, shouldn’t be much of a problem for attendees if it means they can get their karts out and race once again – or perhaps for the first time – at the World Center of Racing.

All three series’ competitors will have the opportunity to park, unload and make final preparations to their machines on Sunday, Dec. 27.

Unlike years past, the Manufacturers Cup Sprint Championships features three full days of racing Monday, Tuesday and Wednesday. This event typically has included a day of practice and two days of racing before the change to this year’s three-day program.

The Road Race Championships’ schedule is the same as its been for years with a full day of group practice slated for day one (Monday) and two days of racing taking place Tuesday and Wednesday; group practice is held for a couple hours each race day morning before the first race group hits the track usually around 10:45am.

On-track action for the Speedway Dirt Championships takes place over a two-day period scheduled for Monday and Tuesday with practice, qualifying and a feature event for each class each day; Wednesday is a rain date.

The Road Race Championships has been abuzz on Facebook for weeks with a couple really cool classes included in this year’s event in addition to the full slate of divisions for 100cc laydowns, 4-cycle and 2-cycle sprint-enduros, SuperKarts, dual-engine laydowns, and shifter and TaG CIK-style karts.

The 50-Kart Challenge, announced in a WKA Pit Board on November 20 after a group of enduro racers began discussion on social media, is Yamaha Senior Final 1, a staple class for laydown enduros at nearly every road race event will go off Tuesday in race group No. 4.

The class, which mandates the Yamaha KT100 with any fixed WKA-approved pipe, has drawn anywhere from a 20- to 30-plus karts most years at Daytona.

This year, a group of laydown-enduro racers, notably John Brown among several others, began a rally to get 50-plus karts entered in Yamaha Senior in an attempt to showcase enduro-style karting is still alive and healthy showcased by largest field of laydowns at an event in decades.

The discussion and efforts of those involved paid off, as Brown posted last week that 55 racers are pre-entered for Tuesday’s 45-minute contest and the buzz in road race / enduro Facebook groups and personal profiles has been outstanding.

A $500 cash prize, donated by Mark McNaught, will go to the winner and a host of awards dot the finishing positions, including Vega tires, bodywork, belt drivers, castor products and gift certificates. 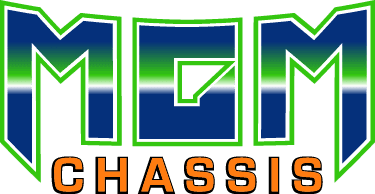 The Margay Ignite series won’t be the only classes limited to a specific chassis make at Daytona.

WKA and Paul and April Rice’s MGM Chassis have worked together to form the MGM Throwdown class for LO206 sprint MGM drivers. The class has over 30 pre-entrants and will run in Tuesday’s fifth race group right after the 50-Kart Yamaha Senior Challenge.

What’s interesting is most of the drivers entered have never run a Road Race before. They’re sprint racers who’ve been enticed to give the high banks of Daytona a try with the growing popularity of the LO206 at road race events and MGM’s urging to join their Throwdown class in addition to the other LO206 Senior Sprint classes offered.

The MGM Throwdown is also going to feature a live broadcast production on the MGM Facebook page that will include four GoPro cameras on-board select MGM drivers, a stationary camera, commentating from April Rice and Keith Shampine, the live timing feed from Race Monitor and some awesome, professional graphics for the starting lineup and more.

Needless to say, the fourth and fifth race groups Tuesday at the Road Race Championship should provide some outstanding action.

While probably slightly cooler than many are hoping for, weather for each day of KartWeek looks to be Chamber of Commerce-like with sunny skies, nearly no chance for rain and high temperatures in the mid-60s to low-70s.

For our purposes at The Kart Lounge, we’ll be in attendance working to provide daily coverage of the event in the form of posts, photos, video and results. We’ll be focused on the Road Race Championships but we will work to provide coverage of the Sprint Championships, as well, and specifically the 206 Senior and 206 Junior classes that will run Wednesday.

Coyote racers impress in North and South this summer

Summer 2021 brings MGM Chassis wins and championships across the US